Live Film: where anything can go wrong 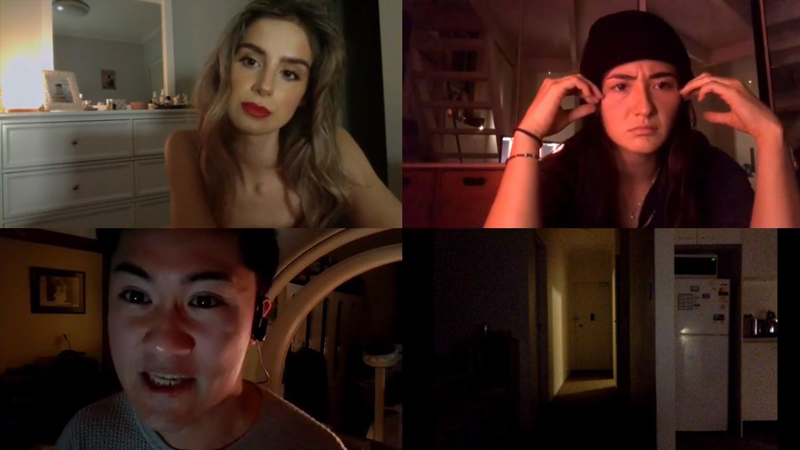 Live Film: where anything can go wrong

What is live film? For me live film is an experience that looks and feels like a film but is performed and edited live for audiences. A unique cinamatic experience that blends film and theatre where no two ‘shows’ are the same.

I stumbled across this idea during covid. It was mid March, and most of the world had been placed into lockdown. I started noticing theatre companies- forced to shut and postpone their programs- were doing live readings of their performances on zoom. At the same we were all zooming like mad, and while on a chat with a group of friends, it hit me that the ‘speaker mode’ was editing the feed like it was some kind of film, or edited sequence. It was then that I had this idea to make a live film.

IN THE SHADOW IT WAITS is a live horror film, performed, shot and edited in real-time with actors from around Australia.

I am not sure why I decided to make a horror film, but I couldn’t have chosen a more difficult genre. So much of it depends on well crafted sequences that draw out tension through a combination of angles, sound, and performance. The limitation we had with this live film is that our actors had to use their own devices and be their own cameraperson. Which means our film is restricted to using only one angle, and that angle needs to appear as if from a feed from a computer or mobile which provides further restrictions on framing. This isn’t an issue going forward with the genre, but more specific to this show. It was a huge challenge and we had to work in these limitations into the script and the actors did an unbelievable job.

This is risky business. Anything can go wrong and when you’re relying on internet connections from 8 different live feeds, from 8 different devices of various brands and models- some old, some new and then throw in just the randomness of events that might happen on the day. We have a character riding through the city on a motorbike- what happens if it rains? Something is always going to go wrong, but that is also what gives the project it’s energy and vibrance- it’s all just hanging on a very loose ethernet cable.

How does it work? It builds on similar techniques as a live broadcast. There are a certain number of live feeds that are fed into my system and those feeds are placed into sequences that a live editor cuts to during the show. Each shot has triggers which activates assets such as audio, graphics, or titles, and the show continues on. I use a program called vmix which I highly recommend.

II’m excited by where we can take this genre. I trully believe it offers something that traditional film can’t. A one off live experience where every film is different and where anything can go wrong.